The Toledo Program was the building of a manned prototype DL100. It was a 120 ft  2 man Dynalifter total weight before helium was  2000 lbs, only 1000 lbs with helium lift . Power by 2- 283 Rotax engines at 100 hp each. The internal structure was Cable-stay-bridge construction completely made of 6061 aluminum 1" .049 wall and  2" tubing .056 wall thickness (about the same as a soda can) The skin was spinnaker sailboat material, and held together with combinations of double stick tape and special forces 1mm and 5mm synthetic cabling.  Helium cells were made of light blimp skin material that we welded. Helium was in short supply at the time, so we used a Government agencies excess helium, and then replaced it. The Insurance was a killer. Special thanks to Paul Toth, and the Toledo Express airport, and employees.

Assembly was accomplished by a group of young men who not only started the program but stayed till the end testing the aircraft. I thank them from the bottom of my heart. The Aircraft Pilot was Steven Fender, an accomplished pilot, Captain at the US Airways, and former Military Pilot. He took the aircraft through the main tests. Rob Rist took the pilot role in the last year for final testing.

Both Pilots had exciting experiences, but both handled adversity and such a new aircraft with grace and professionalism.

​The program was from 2007 -2013, funded by the Founders Group, Rocket Ventures of Toledo, and Dynalifter Latvia Group.  It was a complete success. The team did not get the DL100 to practical flight, but learned how operate a Dynalifter, data from these test will be used for the larger aircraft to come.  It was rugged, the patent worked to perfection. The DL 100 let us understand the characteristics of multiple sources of lift. It was an exciting time , and gave us a glimpse into the future of the Dynalifter Aircraft.

Notice the Dynalifter can fly over an ocean caring maximum loads notice the C-17 Cargo Jet has very low capacity, and range. 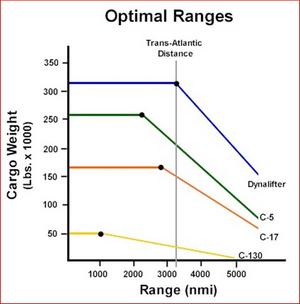 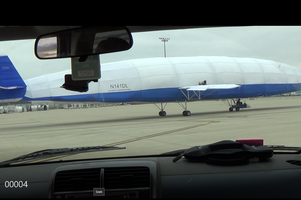 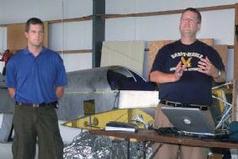 The Dynalifter’s structure is rugged.  The lifting body airships supports the structure with skin like a blimp. The Dynalifters do not rely on the skin for all its strength/support. The neutral beam looks like the spine of a Shark from the water, accommodated with a center tower (stay bridge construction is our patented idea) which fully supported the entire reach of the aircraft and distributes concentrated loading. Freighter neutral beams will be made of composite tubes. This provides lighter structure, but also adds to the ruggedness of the craft.

The Dynalifter is scalable, but as the sizing doubles the lift of the Helium is eight times per the cube law.  The Largest that was studied was the DL 1000 the largest lifter we would produce to take off land.  The Dl 1000 could lift 160 tons of weight and fly across the ocean. With cargo bays of 90,000 cu. ft. The next smaller Dynalifter is the DL800, which we have the most study. This aircraft can carry 80 tons across an ocean and  land in 4000 ft.

The Aircrafts cargo bays are considered a Quantum Leap in technology, where 90,000 cu ft, which is much larger 3 times larger than current heavy lift Jet aircraft