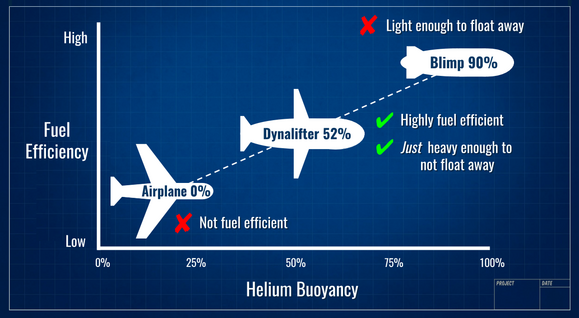 ​What is a Dynalifter Freighter?

​​Is the Dynalifter a Lifting Body Airship or a Hybrid Airplane?

Why is fuel-efficiency and Lower carbon footprint important?

Why is the Dynalifter important to the world? Why build it?

Should the modern airships be compared to the antique Zeppelins?

Does the Dynalifter have large cargo bays.

What is envisioned the Dynalifter will carry? *

* Note: The Aircraft stays the same, just the cargo bays change for each market, based on DL1000.